Apologies to anyone i may have upset

Facebook is evil my friend best to stay off of there.

I really gotta agree… its so much easier for me to socialize on there rather than my phone but i cant count the times ive either deactivated my account or thought about deleting it altogether.

I deactivated mine a couple of weeks ago. So you are not alone there.

Glad to see you back🥰
We all do things we wouldn’t normally do when we are stressed and anxious and or using.
Trust me I’ve yelled at a LOT of people on here when I wasn’t using

As for work I’m not working. With my immune system my boyfriend and I talked about it and it’s not worth the risk for me being out there daily.
He is working daily and coming home and that’s plenty of risk for me. He comes home clothes go straight to the washer and he goes straight to the shower. We have it lucky with the set up of our new house. He can literally walk in the back door into the bathroom and throw his clothes into the washer from the bathroom door.
He sprays his work shoes off outside and leaves them on the porch in a tote. New towel after every shower and he starts the laundry after his shower.
It may be extreme it may not be. It’s working for us. I haven’t gotten sick. He sees so many people a day.
Me being home isn’t easy but it’s safe.

Glad to see you back, Nicole.

As for the working stuff, I work almost entirely remotely. Which is nice in a lot of ways except how easy it is to work way too much and how lonely it can get if I’m not mindful. That’s not what you ask though…

My mom is a server at a local restaurant. We’ve talked about it a lot, and it makes us all very nervous. My step father is older and immune compromised. She kinda needs to work, even though my brothers and I can help her out.

So she handed the decision over to him, that she’d rather work so long as it’s safe, but didn’t want to put him at risk. They talked a bit, and he said ultimately he trusts her to do as she thinks is best, and he also accepts the risk.

In situations like that, I guess it’s the best you can do, yeah?

For sure, it’s not an easy time for anyone.

Glad to see you back Nicole. Welcome back!

I can understand how anxious you are. At this time it’s so hard for people when even ordinary things can feel risky. I wish I could wave a wand and make it feel normal and secure again. I can’t.

You’re a good person and you deserve a safe, sober life where you can be yourself. You’re taking a good step being honest about your feelings. That is so important for seeking support - and seeking support is how we get through tough times.

My advice would be to ask for support, from anyone and anywhere you can. Share what you need with people and see what if anything people can do. Often we are surprised when we find out how much is possible - even things we may not have thought of!

Never give up, never stop trying, never give in. You are a good person and you deserve a healthy life.

Welcome back, Nicole.
The restaurant industry is weird right now. I guess texas isn’t as stringent as Washington, though.
I ended up quitting my job in September, and have since opened up my books on the Rover app.
I started walking dogs, watching houses and pet sitting when we moved for extra money. Now its what I do. You are in a big area, and I’m sure you could find jobs. I use my mask, always. I have a bottle of hand sanitizer in my treat pack. You can get as interactive as you choose to be.
And dogs and cats aren’t generally assholes.

Thats a cool idea… i’m trying first at restaurants bc i have experience with it and know i can make enough to live on my own, then so much of this anxiety will go away. Do you make a decent income with Rover? That kind of sounds like something i might like. Thanks for the idea

I’m so glad to see you here again. I knew something was not right. You were clearly reacting to something.

I’m afraid I’m one of the lucky ones who has gotten to continue with my job from home. I wish I had suggestions for you.

aw thank you… i honestly have been home for so long im not sure i could handle a work from home job. any suggestions though? I dont have any special degree, and my mother uses the landline for her own work but i know a lot of those kinds of jobs you can use a headset. im not even sure if my internet could handle 2 people working at the same time though! my youtube is always buffering or the internet boots me off… ive tried freelancing last year but it burnt me out, so i figure i’d rather do that as some kind of hobby. im just not disciplined enough for it full time…

I am a teacher and all the preschool classes have had COVID cases my kindergarten through second grade class has not had a single case all year. The only difference is we are in masks all day. Try and distance from your mom and if you can’t and you’re worried throw a mask on. My mom is an RN so I am super careful around her as her patient are elderly and the most vulnerable. This year has been hard on us all. My mental health has suffered on and off but I am so grateful to be at work.

I have a few guaranteed clients a week that I walk / train. The rover app is something you can use outside of your regular job and you can start building a clientele, then eventually maybe not have to work at the restaurant? I am just glad I had the dog stuff to fall back on when I decided I no longer want to be in the restaurant/ bar industry. So far I am making the same amount of money, even with a cancellation here and there thanks to covid.
I had a client cancel a couple days ago, but today I ended up booking another client for this week that will pay me the same . 🤷 people love their pets and pay good money to be sure they are well taken care of.

thats a great idea. Which do you think is the best way to do it on that site? I saw there was dog walking, pet sitting, and a few others i forget.

agh 2am update. my brain still hasn’t caught up with feeling normal. this happens when i get insomnia but most especially when i stop drinking.
i know a full night’s rest will work me wonders because it always does… but until then.
what are you folks favorite remedies for anxiety (other than pharmaceuticals. not insured, and i dont like pills in general.) I seriously feel if this anxiety went away I’d be nearly 100% right now.
keep thinking about some idiotic crap i said on my facebook (well not necessarily idiotic just… tmi too personal type stuff.) I hate that!!! I always do that when I drink.
Its pretty crazy. I was always a shy kid and lowered inhibitions was like, the first thing that made me like alcohol so much. I feel like I’ve made an ass out of myself so many times by drinking that it turns me off from it and makes me want to be more cautious on talking to people about things that they might not really need to know… Which is the silver lining…
I think I’m going to “give up” facebook for a week… I have way too much to get done, anyways… Got 6 places I need to interview or set up interviews with…

I think what Im most anxious right now about is what im going to say about being unemployed for so long. i barely worked last year or this year, I always tell them I was doing freelance work which is true but, I just feel like it disqualifies me having no kids (valid excuse) and not being employed for so long. I feel so judged. Well I judge myself too because i also had a way wayyyy worse alcohol abuse problem last year after leaving my ex, but I can’t tell an employer that! Even if they hired me, I’d either be or feel ostracised for having an alcohol issue.

Then when I was feeling ill yesterday and the night before, my vision was so bad i thought the clock on my computer said 2:30pm but it was am! and i couldnt even think straight, i didnt realize it was 2am until i actually saw it and looked outside. i was very very out of it and just lost track of time, i guess, confused, whatever it was. i missed an interview and a few phone calls. i literally could not even think in complete thoughts to get anything done. what the heck am i going to tell them when i call? i have to call all of them being on unemployment i have to indicate the response on my forms. so its not like normal where i can just ditch it.

Anyways… thats what i got going on right now, thought i would update all of you. feel free to comment back and keep me busy until i finally fall asleep! it helps me a lot especially with not using facebook for the time being and its so late. yall have a good night. 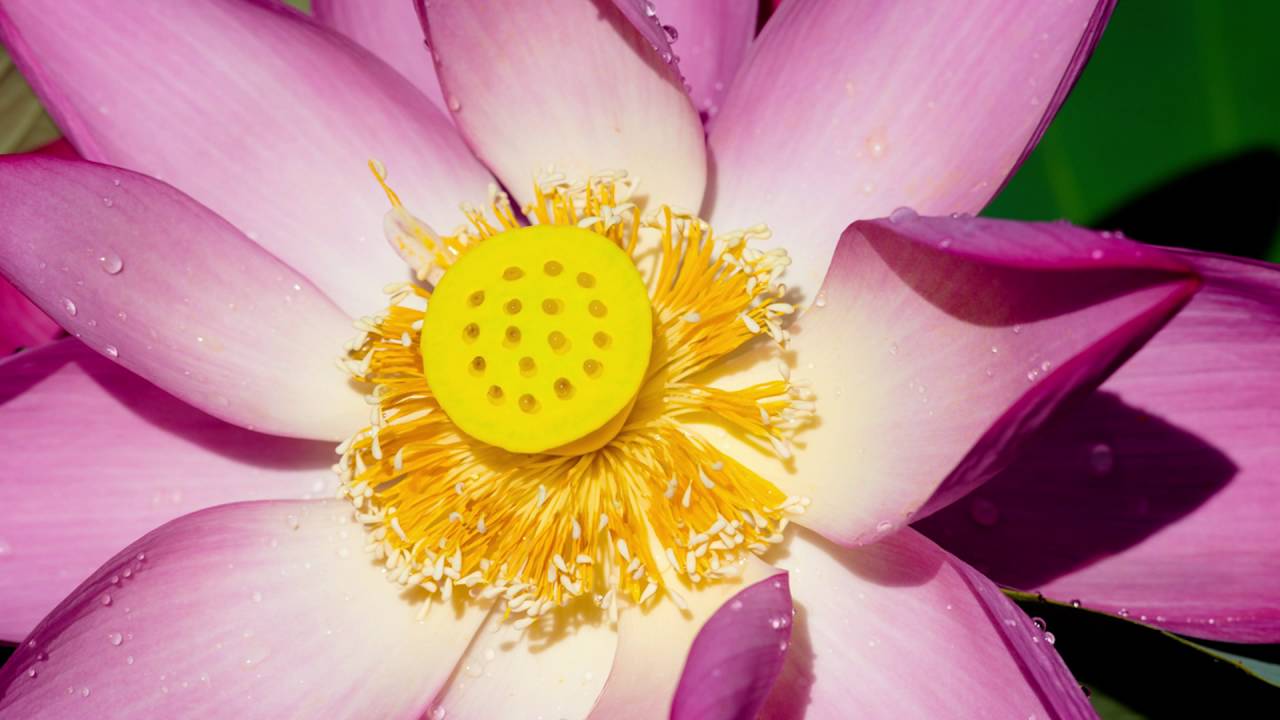 I love it and I love her!

I found her through Insight Timer—she’s great (and so is that app!).

Another +1 for meditation to help anxiety. It takes a little while to get used to and to notice the impact, but it is amazing the difference it makes sitting down and making some time and space for yourself. Even just 10 - 20 mins a day.

It doesn’t stop the anxiety, but it helps to recognise and respond (rather than react!) to it.

This year has been incredibly hard in so many ways. It’s extra painful when people dismiss your (well-founded!) anxiety and fear. Like you, I’m not worried for myself but am very scared of hurting more vulnerable people around me. That’s a terrible feeling! We just have to keep doing the best/smartest/safest things we possibly can. Sending sympathy and hugs your way