So I couldn’t find a place that I thought would be appropriate to post this so I thought I’d create a place lol. Though I didn’t experience Christianity until I was around 14 I practiced it up until about a year and a half ago. Walking away from that religion and religion in general was so hard for me and I’m still healing from the effects of over 35 + years living that way. I have found that by learning to believe in myself and not external deities it has been so helpful to my sobriety and happiness overall. This video was so helpful to me that I wanted to share it here to let others that have been through the same thing know they’re not alone. RTS is absolutely real and awareness is spreading. Hope you’ll take the time to watch this it’s fascinating. Love you guys! 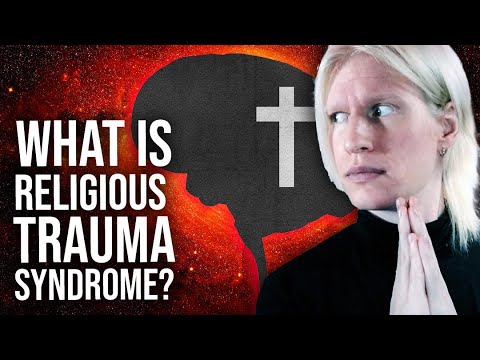 I would have @RosaCanDo but the subject matter I believe is not in line with what menno was trying to achieve on his thread so out of respect for him I put it here. I had also thought about posting it on the mental health thread but again didn’t want to upset anyone there as well. Walking away from religion is an extremely hard thing to do with all of the indoctrination that happens, I don’t think some people are able or ready to face that and I don’t want to trigger anyone if that makes sense???

That is thoughtful of you. If you’re open to it maybe just do a short post on the atheist thread with a link to this thread. I have lots of thought about this and will post more soon. I’m so grateful you posted this, Rob. Thank you.

Awwww you’re so welcome Rosa!!! Believe it or not after so long being here l’m still not sure how to tag a thread link lmao

I will try though!!!

I can do it if you need me to.

I think it worked!!!

I’ve never heard of such a thing.
It sounds scary. To me.
But if there is one thing in recovery and a huge thing in life. It’s to have an open mind. I’m wondering if I can find it on my YouTube TV channel app thingy. Wondering if I’ll go to hell for watching it

Without getting into any flag able conversation here, how can I phrase this. Everything these days seem to have gotten so fucking extreme!! That’s what really bothers me. I enjoy, or use to enjoy, having my own little personal Christian God. And I hope I always do. But I’ve been struggling like hell sometimes. Thanks for posting this.
And Good luck
It sounds really interesting.

So who is this guy?

It’s a long video so we didn’t watch the entire thing, but I wanted to share with my husband because he broke away from his faith in his twenties. We did have a good conversation as a result. He shared with me again (it’s been a while) that the process of questioning his faith in god started in his teens and it was a long process. A painful one. He’s a rational being and there is a reason he’s an engineer now. But he said that he really struggled with the magical thinking that his upbringing in the faith caused him. He was raised Episcopalian and went to church camps growing up and felt that the church hurt him especially when it came to sexuality. It’s a normal part of adolescence and the fact that he was abused as a kid made that all more traumatic with the religion telling him he was tainted, he was bad, he was wrong. He admits he had some compounded trauma as a result. For him the idea that life is all part of god’s plan was the first big trigger. I could say so much more but I’ll leave it at that. I am grateful that I was raised without religion and didn’t have to deal with this kind of pain. I feel for you, amigo. I’m proud of you for finding your own mind and thinking on this too.

Anyway, thanks Rob for starting this conversation. I’m grateful to count you as a friend.

Awwwww I’m sorry to hear that about your husband

and I’m happy and proud he made the break. People don’t realize how damaging it is until you can get away and step outside of it. It took me many years to get the courage to actually stop believing and break away because of the fear created by the religion.

I hope that the video was informative and helpful in someway. I am grateful to count you as a friend too Rosa

Oof yes religion did a number on my ass and my cousin who’s drinking himself to death on the streets now. (sigh) but I can respect anyone’s faith that gets them through the day these days. I just don’t agree with people shoving it down people’s throats, or belittling others for not being part of. Maybe sometime Ill share more cuz whoooo I got some thangs to share lol. My brain isn’t ready for this release yet lol. Good idea though this is a common issue that really damages a person where it counts. Anyways good shit man.

That’s interesting, Rosa. Episcopalians are pretty open and inclusive. My evangelical upbringing was not. It’s a religion based on fear and shame. Episcopalian in my experience more a religion of love and inclusion. Regardless, I consider myself spiritual and a believer in Christ in all things. Richard Rohr is one of my spiritual teachers. I also incorporate Buddhist principles which are heavily used in AA as well as other Christian faiths.
What Rob has brought up in this thread is very different than atheism. I think it’s a great topic. (Rosa clearly my post isn’t directed at you), just replied to it.

I was thinking about this. How does this tie with sobriety/recovery? Since I haven’t had a personal experience with this I can’t say too much. Other than being anti-religion really held me back from seeking solace in 12-step groups. I am so grateful to have found The Luckiest Club and other a-religious support groups. There are plenty out there.

Not sure if you’re familiar with how the Episcopalians have split recently, one part much more conservative and anti-gay and the other more liberal. His church was very conservative. I think it’s a church by church thing, though I’d agree with you generally on things. He had to school me on how it really was for him at church.

And I agree with you that this is different from atheism. Our thread over there is pretty open too, but yes, clearly not a place to discuss theism.

Thanks for posting this Rob!

There’s a lot of trauma I drank to forget that I am starting to work through in therapy. My therapist is having me create kind of trauma inventory sort of thing…I thought I had gotten just about everything on there. I forgot about religious trauma though. Seeing even just the title of this thread pop up my stomach sank a bit and I started remembering a lot of forgotten memories.

I’m only a few minutes into this video but I’m going to try to get through the rest of it while working this morning.

My brain isn’t ready for this release yet

^^ I feel this! But also I might never have been ready for this one. Might have to be one of those ripping the bandaid off sort of things for me.

my stomach sank a bit

Honestly I can relate. I think it’s a generational trauma in my case, with my Mami and her upbringing in the Catholic Church. There is a lot of trauma there, a lot of shame and guilt built in.

We both watched it this afternoon.
Fascinating. Disturbing. He was good. It was good.
I’m glad we watched it. I’m very happy I have always been a very practical person. I guess I’ve kind of picked and choose what I can believe in with my Christian Faith. And I can see how I would have a really hard time leaving

Like I mentioned before. There are so many extremes in so many things these days. And even just the moderate beliefs seemed, are, kind of extreme to. Anyway…… great subject.
I want to take a Philosophy 101 class now.

But I still want to keep my own personal faith in God to go with it.
Thanks for sharing that YouTube. I was able to watch it on the television.
Good thoughtful stuff.

Had no idea, Rosa. Learned something new. Presbyterians have split as well. It’s all kinda sad. Sorry your husband went through that.