This weekend was a test. Just a reminder of my story. Cocaine. LSD. Ecstasy.MDMA. Amphetamines DMT. Mushrooms Nicotine 10years clean.
WEED 429 DAYS CLEAN
ALCOHOL 389 DAYS CLEAN
My test was painting at a small festival which is part of the free party scene here in the uk. About 5000 headonists in a big feild and LOTS of temptations. I was there to paint a graffiti piece as part of the entertainment (see pic for finished piece)
Within 15 minutes of arriving i was offered weed and alcohol and a line of MDMA and several more of cocaine. Saying “no im clean living” felt great and i could tell raised not only eyebrows but also a few questions from people, mainly "how have you managed that "? I told them about training in powetlifting and how it had given me new focus but also about sobertime and how not pressing that reset button had become a real focal point on not starting again. I talked about how i was less impulsive (from stopping weed)
How my moods had leveled out and i no longer felt bipolar. A problem i had had since mid teens (weirdly coinciding with when i started using drugs

) Also how much money i had saved (now just short of £3000 in just over a year) . No one was judgemental of my lifestyle change in fact a few i could tell were concerned they would never get where i am now (rubbish of course)
Over 3 days i was offered all of the substances on my list except DMT and politely declined all. It felt amazing to be clear headed and sober.
The only downer about the whole experience was seeing so many young people setting out on their own journeys of discovery and potential ruin… they can only hope to find the right way eventually and try and remain as safe as possible with guidance from those that went before them.
Stay safe stay clean people x 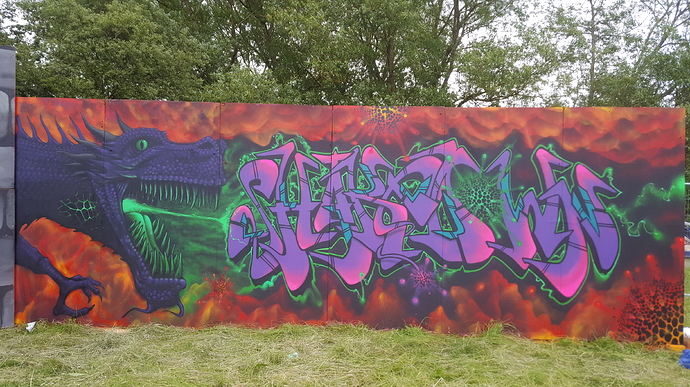 Good morning Tony and a huge ya!!! to overcoming the test weekend. You sound so proud and you certainly should be.

I love your beast looking at us all.

And thank you for sharing your story. I bet we all have a “I can’t imagine going to _____ place/event/activity without using” thought. You’re done exactly that and it’s inspiring to me.

Hey @Step39 . Thank you for your post, I have a test weekend coming up this weekend as I’m stewarding at a festival in the UK, I would not have paid my deposit to go and arranged to drive my friends if I had felt this much support before this app, but I only discovered you all on here last week.
It has given me 1000% times more support and mental power to start my journey to cutting cocaine and alcohol out of my life as I’ve been drinking over 15 years and more recently doing cocaine for about 5 years now.
Im quite worried as I’ve been drinking heavily, taking pills, mdmd, coke or whatever I could, or a mixture of all and going to free parties and festivals since I was 14… But never without those things involved

really don’t know how I’m going to find the will power to not give into temptation.

You are stronger than you think. Sometimes we need to do these things to really realise it. Unfortunately it sometimes makes us realise that the whole scene that we were involved in is actually pretty toxic. I for one have realised that the only real fun at the free party movement was being off my face with others around me the same . Without the drugs unfortunately it really is not the same🤨 . For me that confirmed why drugs weren’t for me. That if the only fun to be had was gained by damaging my mental and physical health along with my bank balance, then that was not really fun at all. .growing up is never easy