It’s been a while since I updated I haven’t been doing that well I guess. I was doing ok but I was up and down on the drugs and booze. I guess I had too much and ended up crashing into a pole driver side at speed. I don’t know why or what I was doing. I had to be cut from the car by emergency services I was bleeding out really badly from my arm which had a compound humerus fracture exiting on the inner bicep. As well as a few badly broken ribs.

It was a complete mess and I was sent straight to emergency for surgery.

I couldn’t believe what I had done to myself and the risk that I put others in.

This has really been a big wake up call. I went on a bit of a bender after hospital I guess I was in shock but since I woke up from that bender I’ve been very strict on my new approach to not drinking or taking heavy drugs under any circumstance is except for my pain relief. f 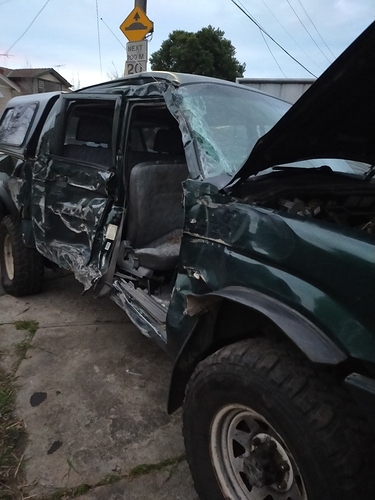 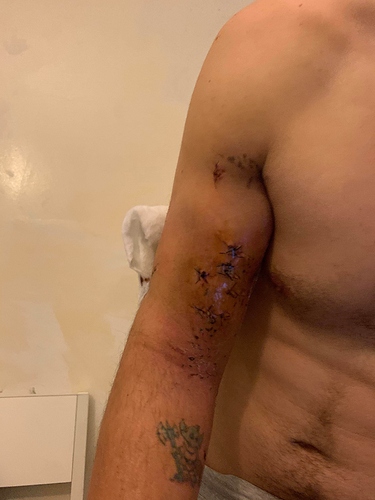 Hi, I’m Tara. I’m glad your okay. I’m sorry you’ve been having a lot of troubles. Once you feel up to it and if you u feel like talking, maybe we can figure out what got you to this breaking point…or at least talk about. I’m here to talk . Like I said, I’m glad you made it, and everyone makes mistakes. But your lucky Noone else got injured with you. Heal fast my friend. One day at time. Take care

Glad you are okay. That is a big wake up call.

You are very lucky to be alive. Please learn from this. You were given a second chance.

Thank you for being vulnerable and brave by sharing this.

Lets hope you learned from this incident wish you well

So glad you are okay. What’s done is done man. There will be some music to face but you’re alive and breathing and will get through a better person because this is it. You’re done now. Your experience and wisdom will help others.

I am really, really happy you’re okay.
I was not as lucky.
In April I was in a similar situation but I had a friend in the car who didn’t make it. It was the worst thing that has ever happened to me. Please, take that into consideration how close it could’ve been. Staying away from the booze will ensure something like this doesn’t ever happen again. Recovery is worth it.
Glad you’re here.

How are you doing today @Knives69?

It’s horrible to think of all the people we lose to situations or circumstances surrounding addiction of some sort.
How’s your friend from treatment that’s also on here doing,has he posted recently do you know? (I think it was a he but i could be wrong)

@blaPsplaT you good babe?
I saw him yesterday so I figure not much just has changed since then