What it's like to be in an abusive relationship, some hotline numbers and a hand signal for help

Many of us have been in, or, are in, abusive relationships. Damage is done in all kinds of ways, including substance abuse as a means of “escape”. This is a well written piece that may help someone understand and get help for themselves. If you need help out of an abusive relationship please reach out. If you don’t know how to reach out or feel unable to, please say something like “I need help” . Abuse is real, it imprisons people where they are afraid or unable to get help. The author’s name is not attached to this piece. There is a domestic violence phone number for USA at the bottom of the piece. If others know hotline numbers for their area, please add.

" America just watched, in real time, what it’s like to be in an abusive relationship.

Even if, at first, it’s only emotional.

We, as a country, tuned into this story as we learned of a beautiful girl who went on a cross country trip with her picture perfect boyfriend, only to have him return home a month and a half early… without her.

We heard her father say there were no red flags and her mother say she felt safe.

But then we saw the body cam footage of a hysterical girl, isolated and locked out of her own van. Proving that you never see what’s going on behind the camera, after the smiles are photographed.

We watched as many people speculated that because she admittedly had OCD and anxiety that she must have had “severe mental health issues” because she was “sobbing uncontrollably” after the incident.

I saw so many ignore the red flag that he was calm even laughing with the officers after being in a physical altercation just moments before.

We listened as this genuinely upset and frightened woman placed blame on herself and immediately tried to protect her boyfriend, despite what had just transpired.

My heart sank as I witnessed officers fail Gabby by buying into Brian’s story. The officers placed Gabby in the car and took Brian’s version at face value because he was emotionally collected.

While we waited, we begged and pleaded for the only person who could have key information to speak and we were met with silence.

We identified his enablers. His parents hiring his lawyer and sheltering their son.

This was a textbook abusive relationship with a narcissist.

Charming to everyone but the person he abuses

Someone most people wouldn’t suspect

The victim blaming herself

The victim protecting her abuser

We all saw this play out.

I sincerely, with all my heart, wish more people understood and could identify the signs.

Just because it isn’t physical does NOT mean that it will never become violent.

And more importantly I wish people could see through the reactions…

Maybe it’s because I survived an abusive relationship, reminding me daily how fragile life is.

Maybe it’s the counseling I received, which centered around identifying, understanding and avoiding narcissistic abusive behaviors.

But to me, it was so easy to see through the facade.

Knowing that a narcissist is able to put on a front at any given moment.

I was shook at his behavior on the body cam.

Sickened to watch a man, covered in fresh scratches, someone who just hit a curb while being pulled over, so calm and smiling. Making light of the situation and laughing as he spoke about it.

Deflecting time and time again by adding irrelevant things to his story all the while doing his best to seem charming to almost befriend the officers.

And maybe it’s because so many people are fortunate enough to have never experienced abuse from a narcissist that they, instead, saw a “mentally disturbed female” and a “decent kid who was just attacked by his girlfriend” without understanding the emotional damage he had just inflicted by taking her phone, locking her out and attempting to make her walk in an unfamiliar place “to calm down” while he had control of her van and access to communication. She was absolutely terrified that he would leave her, sparking a reaction of desperate violence to regain control of her belongings.

But that’s why knowing the signs is so so important.

It really is my hope that people educate themselves on abusive relationships.

And not just people. But the entire judicial system.

The officers identified Gabby as someone going through an emotional breakdown rather than a woman reacting to emotional abuse.

I’m not pointing fingers in any way.

But knowing how to identify those signs could literally be the difference between life and death.

I know the statistics.

A statistic I repeat too often.

75% of women who are murdered by their partners were murdered when they tried to leave.

The violence ALWAYS escalates when a woman tries to leave her abuser.

So please also be aware of this.

This story is overwhelming tragic.

A beautiful girl, full of life, is no longer with us.

A family is without a daughter, a sister.

And her boyfriend, missing.

I can only hope for justice."

Absolute tragedy, we have been covering the story over here in Australia also

DV is a serious problem over here too… These are our contacts for help and support :

A women's empowerment charity in Canada has developed an innovative new way for people in distress to signal for help without alerting the person who might be a threat to them. The simple hand gesture has been making the rounds on social media as...

" An open hand with the thumb across the palm is then closed over by the upright fingers to symbolise that the person is trapped. Seeing or giving this sign is an immediate indication that the person needs help and that the witness should do something to intervene." 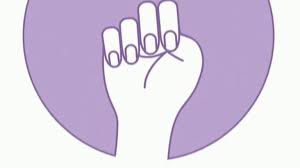 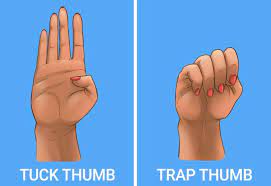 Thanks Alisa.
I have no words to share.
This always sickens me so much.
Thanks for posting.

You have to be careful with NPD and narcasstic behavior. Only 1% of the population is truely NPD and is a very low percentage. Its a very complicated thing. People that are Bi Polar show alot of narcissist behavior when in mania or hypomania. Many mental disorders will display narcissist lapping. I dont know if your aware of this or not but NPD is different because of who they are and how they think. Someone can show traits but are not narcissist. Many mental disorders lead to unhealthy behavior to relationships. Narcs intend and plan and know
exactly what they are doing. I know i have a bad habit of assuming NPD off someones behavior and most the time we are most likely wrong as its ONLY 1% of the population. Someone like myself with BPD can unconsciously use manipulation or gaslighting because we wanna diffuse the situation or we panic and didnt wanna upset the person. So these behaviors can and will unconsciously be used. Im not planning ,intending , or using it to gain anything or make a partner feel bad. So you have to be careful to label people narcs or assuming it from behavior as its the mindset that makes them narcs. narcs have a very messed up mindset and never will love. Thry eill only love bomb which is toxic as hell and short lived…Run! People with any mental disorder can and probably will be abusive
sometimes in a relationships. Also in thier own way using narcasstic behaviors because of mental instability. We all ihave some narcasstic tendencies but only .5-1% of the general population are actually narcissist.