Is it too early to put up Halloween Decorations?

I really want to and my kids are excited but there is like a rule I heard to not do it before October 1st…I don’t want to be thought of as ‘That’ neighbor.

Ummm nope… not if you’re a rule breaker like me

. March to the beat of your own drum (Unless you belong to a HoA, and they have rules).

Nope, my 15 yr old and I have already started put things up. We bought big spider and some webbing yesterday. Several ppl in the neighborhood already have all their decorations out.

No friggin rules. You get to do what you want to do!!! If you want to start Halloween why the he’ll not

For me I’ll wait until after Thanksgiving (Canadian) but if you wanted to decorate for CHRISTMAS I don’t care.

If your neighbours “tsk tsk” you then that is their own issue.

Edit: I just posted this and I did not realize just how long this response was!

I clearly missed my calling in life to write text books…

Honestly, unless you live in an HOA that genuinely has a written rule about that type of thing (because some HOAs can be real tight-asses about some things), put them up. Sure, I can see why some people might feel like it’s a faux pas to do it before October, but really that’s all the actual “rule” is. It’s this type of societal pull that “keeps people in line” with an agreed on consensus in any thing; the way that other people’s opinions affect your emotions, thus ensuring that your own fear keeps you in line.

So, in essence, if your fear of the (real or imagined, because at this point you don’t actually know what they might think) judgement and displeasure of your neighbors is greater than your desire to put up the decorations, you will conform to what you believe your neighbors might think of you. This is generally fueled by something on a deeper emotional level, so simply telling you to ignore that worry might not be all that useful, if that is the case.

There is an option in-between the two though. Go and ask your neighbors what they think about it. Tell them the situation and that you want to be considerate since they would have to look at it, and that’s why you’re talking with them. That is the diplomatic approach. You do not want to approach this as “asking their permission” (it’s not a good look outwardly, and it’s not good for your psyche, so your wording matters), but rather so that you will know the facts, rather than assume. Likely your neighbors will not care, but expressing your desire to take them into consideration will be favorable for any further interpersonal interactions. If you haven’t already met your neighbors (which is becoming increasingly common), then that gives you a reason to; and, as a plus, if one of them might have been annoyed by the early decorations, your show of consideration may negate that.

Sure, technically it’s your house and you can do as you please, and your neighbors can suck it if they don’t like it, but a little effort into positive neighborly relations is an overall good thing with many benefits that extend beyond this situation–with which you will not have any nagging worries if you put the decorations up early.

Or you can decide to be diplomatic and wait, though I would ask that neighbor more questions as to why it bothers them (again not assuming that it’s just because they’re a joyless dick). If you have decorations that makes noise, for example, I think that’s kind of a legitimate thing, and maybe you offer to turn the noise off after a certain time or whatever. Or they may have some concerns which actually wouldn’t apply to you, so you would be able to assuage these worries. Again, building a positive relationship with your neighbor.

I know this was a long and drawn out answer to a short question, but I wanted to highlight different possibilities and how they could affect you, your neighbors, your neighbors’ opinion of you (if that matters to you, which it seems like it does), and the overall satisfaction with where you live. Also highlighting the life skill of information gathering in order to make a decision vs. acting off assumptions–which is something that will help in your more personal relationships overall.

Thanks for such a thoughtful reply. I actually went and asked my one neighbor. He said its ok so I feel good there.

Year round is good for me! I vote put them up

My son wanted me to buy some halloween wondow decals today! We dont have many halloween decorations but we always decorate for holidays early

if it makes ur kids happy, id say go for it!

Hell, I still have xmas decorations up from 3 years ago. You do you.

Dooooo it ive had mine up for a week!!!

My neighbors are going to town here and I love it! I usually put webbing and a big spider over my front picture window but a real spider has made its home there so I may have to rethink things this year! We named him Malcolm 6 because he’s missing a couple front legs. 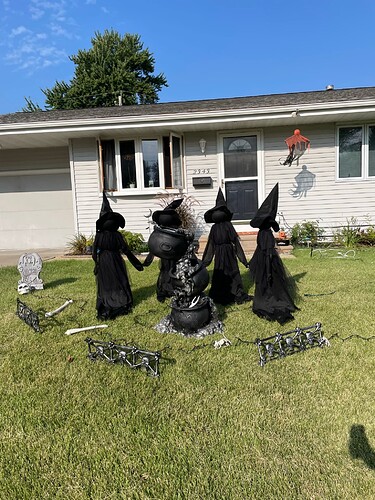 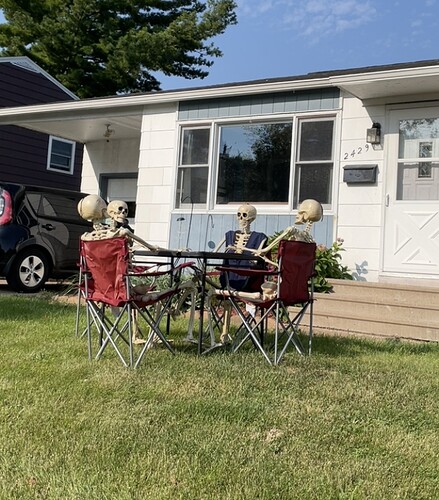 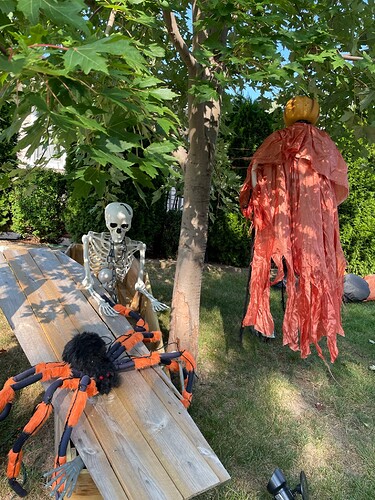 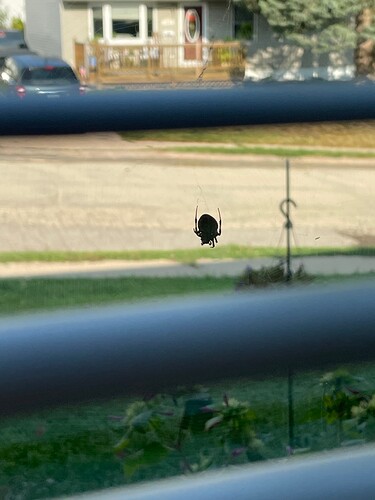 September 7th is my wife’s birthday and this has always been the official start of decoration season in our house, of course all our decorations are inside because we live in a townhouse community. So no, I don’t think it is too early. HAVE FUN!

We’ve been decorating since last week…pretty much living in a haunted house already lmao!!! Get it!!!

Lots of my neighbors have already put up Halloween decorations, and so have I! Go for it and enjoy!

Nope! We decorated over the weekend. If it brings you joy, do it!

No- I’m going to soon

Halloween can be any day/time/moment you want it to be! Halloween is in my soul