Olivia all over the place

This thread is my personal random checking in rambling thing. First and foremost I want to help myself and hopefully someone who happens to be reading, too. Welcome.

This is my story

All that manifested as non-existing self-esteem and self-confidence. I was 100% convinced I’m unlovable, unattractive, faulty, uninteresting, not worthy of any kind of friendship and total failure as a person. My self-hatred was seething and growing in excruciating loneliness. In the midst of this I had to find a way out, any way! So pmo became an escape. I felt desirable even if it was just a counterfeit. I was also certain that a committed relationship would redeem me. I just wanted to be loved. Nothing else mattered.

I tried the ‘Sex and the City’ dating style and was left in ruins. I was only 19 yrs but already done. There were too many other things getting f*****d up at the same time in my life. Looking back, I’m sure I would have become suicidal quickly if I hadn’t found Jesus and become a Christian.

My moral code started changing but unfortunately I didn’t find healing for my broken heart and mind for a number of years. However, I decided to stop clubbing and having one nighters. Those never had fulfilled me anyway.

Reaching 30 yrs I was finally in a place to start counselling with most my issues still unresolved. I hated myself even more. There hadn’t been any man take any interest in me since my early 20s and those I had dated were either abusive and/or manipulative. My truth was still what the boys from high school had told me: unattractive, failure, not enough etc. I believed I was invisible to guys.

Counselling has been very good but not easy. I took a massive step back in early 2018. I have had undiagnosed periods of depression in the past and this time it got worse as I became suicidal. My mind told me a family will be beyond me forever and my friendships won’t last. Since love was the only thing that mattered, I concluded this world has nothing more to offer. I had a plan but didn’t follow through. For most of that year I wanted to die, I saw no reason to keep on going.

I have had therapy regularly to treat depression but it was only in Aug 2020 that I started to talk about my addiction for the first time ever. I confided in my therapist and some of my trusted friends. As a part of that process I found TS and others with pmo issues. Besides being addicted I obviously struggle with self worth and acceptance. I strive to change in my thinking because if I don’t it might cost me my life. I’m no longer in the pit of suicidal depression but in many ways still in recovery.

Pmo leaves me hollow and disconnected. Having a crush on some guy or daydreaming is an obsession. I hate it. I’m learning how to morph it into a natural and healthy longing for a romantic partnership.

Thanks for reading, that was a lot

There are many free sex and love addiction programs available. Neal made a great list of them here:

Resources for our recovery Knowledge

Take care Olivia. You belong and your life is important. Your life matters.

Serenity and courage on your path of recovery

Thanks for opening up and sharing this Olivia

Whilst substances are my primary addiction there is a lot in your share that I also understand, never feeling attractive, good enough, skinny enough…
I hope you feel lighter after sharing your thoughts

I’m proud of you for your courage. There is no reason to be ashamed. Be free!

Thank you for encouraging words and links. I will look into them. All the best.

Thank you for the share. Honesty is the backbone of all progress. Well done.

Welcome Olivia! Thank you for sharing your story, it takes so much courage to do that. I’m 5 years in recovery from over 30 years of active sex/pmo addiction myself. Finding a good group (SLAA for me), forgiving myself for the things I’d done, and changing how I see myself were keys to staying alive.
It can get better and you have the power to make it so.

Every success story has to have a someone who has made a couragous decision! Remember that and be kind on yourself.

I do feel lighter but putting all of that into words was like a train wreck.

I’ve been using this app since 2nd Aug 2020. To date, I’ve been clean most days but I’ve also relapsed thrice. I’m still here so I’ve picked myself up as many times, too.

First weeks were exciting. My addiction didn’t require sobering from substances but telling certain people and becoming accountable. How privileged I am to have such friends who didn’t shame me but showed me acceptance, compassion and admiration. For being brave, they said…

My secret of 20+ years is out. All covers blown. Let me tell you, I felt and still am, light and free. Never had I thought it could be possible.

My addiction is a part of a larger system of issues that I’ve been struggling with most of my life. Obviously. I’m not doing this alone, I still see a psychotherapist weekly (I’m a suicidal depression survivor).

For me there seems to be hardly any middle ground or room for moderation. Since most of my mental issues are related to my addiction, a positive step helps me to advance in all fronts. Also the opposite is true. When I feed my love hungry soul with wrong things I quickly find myself very low, hating myself and eventually pmo’ing.

Today I’m sad. I wish my past had been different. I wish my dad would have known how to raise me, to have self-confidence and self-worth. I’ve forgiven him, there’s history that I won’t share here. He is a good man. I’m not bitter, just sad. I still long to hear words of acceptance, pride and affirmation from him but I don’t think he will ever be able. I have to be ok with that. Affection can’t be demanded.

Your such a beautiful person, 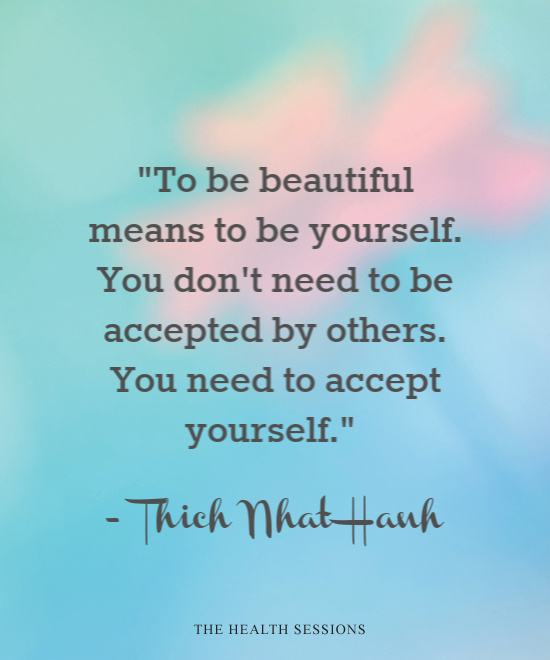 Thanks for sharing. I’m sure you will find the support you need here! We are all dented cans here

That is so wise Olivia. You’re right. You show so much courage and commitment with your reflections here. Thank you for sharing

Hey Olivia.
I been searching my heart to come up with just the right words for ya. My mind is all over the place because it must feel terrible to feel the way you do about yourself. All I know is when I see your name or a little heart by something I posted it makes me feel so good that you liked it or replied to me. Even if it’s my cats butt first post in the morning.

I think you are just a wonderful person. I don’t know if any of my words help because I’m like in a far away land somewhere out in the Internet. But I think your pretty cool. And for what it’s worth
“I love you

Now, for what I think is a fitting quote to wrap this up for you I found this from Mister Rogers.
Have you heard of Mister Rogers out there in Lapland?

“If only you could sense how important you are to the lives of those you meet; how important you can be to people you may never even dream of. There is something of yourself that you leave at every meeting with another person.”
– Fred Rogers

Just an FYI… I love you for exactly who you are! And I think you are FABULOUS

You are worthy. Of love. Of acceptance and belonging. Of a life free of shame.
You don’t need to earn these.
You need only be you.
And I think you are “you” here - which is exactly why I/we love you.

Everything you have been here, honest and open and supportive, and even in this post - your compassion for, and forgiveness of your father - these are just examples of your beauty.

Please don’t be anyone but you. Hugs.

Did you seriously just call me a dented can?

I’m not a dented can.

Haha ummm… whats inside is still good though lol