When did we become alcoholics? Can we tell? And why? 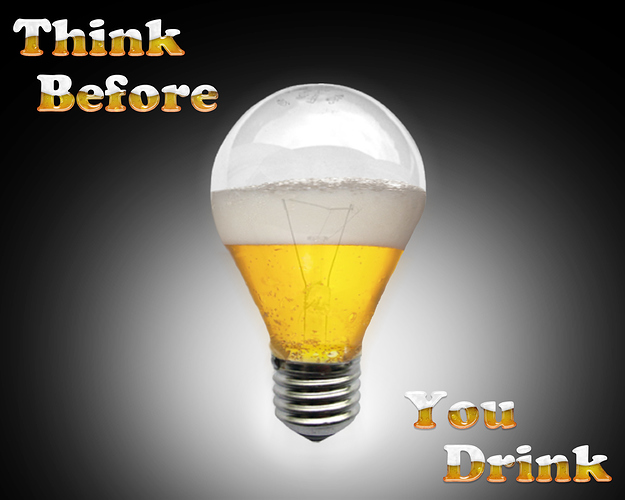 I know that my alcoholism, started when i passed the BAR exam, i became a hard drinker … and from there, to become an alcoholic was not very hard … !

I can honestly say that after my first experience with getting drunk, I was highly allergic to alcohol. Today by the Grace of my Higher Power, no longer do I have to drink.

Somewhere after a nasty divorce in 2000/2002. Having a glass of wine now and than turned into needing lots of wine. No more in controle.

I drank a bit in my teens and up to 21 but stopped for about 5 years. A strong love of craft beers and feeling loopy around age 26 set in and that escalated to a love for bourbon. I’ve not had bourbon since Nov. 6th of 2011, but only about 74 days completely clean again. But really in summary, just a love for the flavor and feel of strong drinks going down.

I feel all of you … !!! I loved vodka so much, especially Beluga,Grey Goose, Finlandia, etc. that sometimes i used to drink 2 liters and not getting drunk …
I went to rehab this year, for the first time, and learn about the 12 steps program ( it is kind of new in East Europe, beacause they don’t consider alcoholism a disease ), wich changed me a lot, not only as an alcoholic, but as a person … i have been clean for 4 monts and 17 days … i hope God, Superior Power or whatever is up there, to keep me going on this road …

When I joined AA

You became an alcoholic when you joined AA?

i turned into an alcoholic when i lost my job and same time had a fight with my dad. very dark times. started like one beer at the weekends to several beers every day and then stronger stuff like wine and sometimes vodka.
last friday someone wanted to drink a red wine with me (what i really loved in the past), but the smell was so disgusting…i could not drink it.

I’m convinced my alcoholism started while I was in the womb. I remember very clearly thinking about alcohol in an unusual manner when I was a kid, although I didn’t have my first drink un till I was 19.

When my cousin brought up us being molested as children. I had blocked out a lot of bad memories from that time in my life. For some reason when she brought this up it was like pandoras box had opened and a flood of bad memories came back. I fell into deep depression and began drinking more and more. I started hiding my drinking and was up to a pint a day of bourbon. One day around Christmas my wife gifted a closet remodal and found a large stash of empties…reality hit hard. I have been trying to moderate for about a year, but it has been a rollercoaster. It is so f-ed that these things from the past forced me to spiral and abuse something that used to be a non issue. I know I have to give it up now, but I resent it!

I became an alcoholic when I realised I needed it to open up. To give me courage to speak to girls. That was when I was 18. I’m 33 now I know I don’t need it anymore but it’s there for life. I am who I am and I don’t care what the world thinks of me ( actually I really do care and that’s why I want to quit)

I had a few beers for the first time on a back road when I was 14. The next day a group of girls ran up to me in town, gave me a hug and were excited to see me! I had never had anyone excited to see me… I thought beer was the magic potion that changed everything. I didn’t drink a lot at that point in my life, but I did every chance it was offered and eventually it was offered a lot by the time I got to college. 22 years later I’m trying to figure out that sad little girl that thought she needed beer to get friends:)

I became an alcoholic when want turned into need. And it always does.

I honestly think I was an alcoholic before I ever had a drink. Not that I think it’s genetic or anything but rather that I was always looking for something to make me feel better…eventually i found alcohol. But my desire for something was already there.

I firmly believe this too. Looking back I know I was always trying to not face things.

When I knew I needed to stop, not cut down or have a break - full on stop before I get myself in a situation I can’t get myself out of.
I’ve been keeping a journal since I went sober and I’m starting to see just how bad and, even worse, how blind I was to all of it.

To steal a quote from the movie ghost… Ditto

As soon as i tried alcohol at 12 - I drank every day for a week. Even though it would be 1-2 drinks, it was still about having a need for it (and I didn’t drink every day most of the time. I understood I had an issue around the end of the highschool when I had an array of blackouts(I have low tolerance).

I started drinking & smoking because I stopped seeing the reason to live (before I would stay away of my own accord), and overall I am a general addict - I have bulemic (stopped), chain-smoking for 10 years (quit a 1 ago), as soon as I tried coke I went in a 6-months binge (stay away), same with molly (often would stay up whole night and clean because I had nothibg better to do)… I have even been addicted to working out at some point before weed and alcohol got over my head.

So now I am working with the last two.