Does TalkingSober need Elon Musk to buy it?

I don’t post as much nowadays because some of what I do see makes me want to say something which no doubt I’ll be flagged for.

I am looking forward to the overhaul of Twitter.

BRING BACK FREE SPEECH and stop the silencing!

Well, you don’t really need to have Elon Musk money to start your own sobriety forum, the software that powers this forum is about $100/month, a domain is a few bucks a year.

It would be cool, like a version of Talking sober where speech is free and flags don’t matter.

Not to be crass, but LinkedIn is just a bunch of people blowing eachother over their minor professional acheivements, drinking the company kool-aid, and/or pushing whatever “brand” they’re trying to establish to represent themselves. Additionally, companies leveraging it to garner public favor by posting about how they’re so far ahead of the curve on social issues etc. It’s an utter load of bullshit.

It represents a lot of what I loathe about the corporate world and being a modern professional in general. “Establish your brand”…what a joke.

Work is work. Nothing more.
Do your job, do it well, and don’t do it for imaginary pats on the back.

Lol, generalize much? Label much? Lump everyone into a category much? This stuff cracks me up!! The ubiquitous ‘they’…hahaha, always fucking things up.

Do you remember the politics thread…

Basically just a thread of venom and hate. Certainly didn’t foster community, support, growth or sobriety for some.

So many other places to visit for vitriol. I am grateful TS didn’t fall down that rabbit hole. 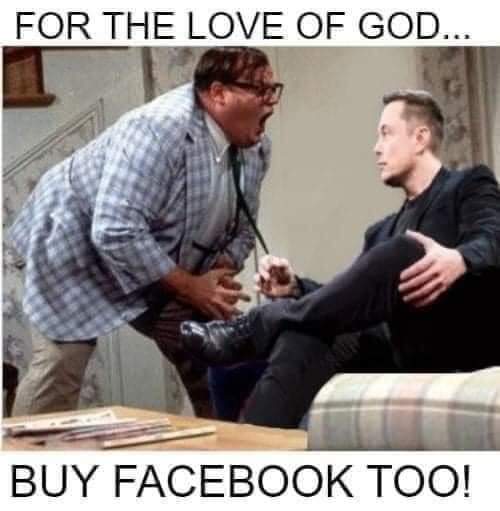 9 posts were merged into an existing topic: Derailment void / Off topic 2021 to present

Truly unmoderated discourse suffers accelerating entropy, ending up a chaotic shit-show of little to no value.

Lmao doesnt make sense. Hes for free speech until people start talking about union organizing, then he threatens them.

History has shown us, over and over that seldom does 1 side have the high ground over the other.

Talking Sober is a forum of people who decided from all perspectives they didn’t want to talk about politics or take sides on religion here. Because it was mostly a massive distraction from what actually keeps us sober. Rich people p***ing matches probably wouldn’t help either.

I’m a sober person, and I don’t use Twitter or Facebook or any of that noise. But I appreciate all my sober fam on Talking Sober. Even you, Darren!

Imagine what could be done with that $ and the space ship monies? SMH

I am grateful to be sober and very grateful for TS, it isn’t perfect, but it has helped me change my life for the better. Perfectly imperfect.

This is what pisses me off too…
So many global problems could actually be solved - not partially, but almost fully - with that money.
A sad fact is how cheaply (relatively) problems such as homelessness, education access, clean water, food etc can actually and realistically be solved.
The World (and by that i mean government and political/economic systems) simply refuse to do it. We have the resources and we have the money. It is a choice.

I agree with you Aybee. It is depressing AF that people with so much appear to spend it so frivolously…but I guess that is their karma to deal with. I also wonder about the rich and their philanthropy…it just seems like these vast amounts of $ could actually make a dent in more ways.

When that feels overwhelming, I do what I can in my community in my little corner of the world. I also do believe that that is very important.

Facts!!
I had a linked in and decided to dissolve it, people look for my company on linked in to complain, it became a well known fact that when we were super busy if you went and complained on social media we would bring you to the front, then that line got clogged up too.

Better yet, I just won’t use it my off time is my off time I’ll stick to my music whore sites instead of being a pretend grown up on linked in

I got rid of social media to not see the political crap and all the other useless crap. I really hope this doesn’t turn into a norm

I use FB for all my mom-posts, absolutely no politics. And also use it for the group pages I can only join with a FB account. I barely use Linked-in. It just seems like a lot of people boasting and that turns me off. No Twitter and with the time I save I can be a lot more productive.