Way too close for my comfort. But I guess that’s what happens when you play each other often.
Well that’s what Tony R. says.

I think it’s a myriad of things

We often look at pro athletes actors or other entertainers and often see things like their philanthropy or success so we think they must be happy.

Also with the media coverage they often start to become intertwined in us.

It’s hard cause we almost don’t believe that those who get to do a job they absolutely love, and make alot of money doing so can be battling depression like us. So it’s almost like a reality check in some ways, that even if we had money fame and success we can solve some of our problems, but we’ll still be depressed

That is a very true statement​:+1:

Glad there is a sports thread on here! I am entering my second year as a high school head baseball coach, but I am a fan of all sports. The opportunity to coach at this level and potentially beyond someday has been a great blessing in my life and something I’m grateful for everyday, also a great motivation to keep my life on track! Look forward to checking in and sharing some of my stories with you guys!

Both my kids played baseball, and My older one is trying to get his brother to go back to it.

Problem was their school, my oldest is a multi sport player, baseball football and he wrestled for a few years their schools baseball coach was it’s baseball only or nothing he’ll cut you from the team or sit you for playing other sports,

So he said well fuck you I’m playing lacrosse then, sad thing is they do have an incredible baseball team,

A lot of coaches are like that, which is sad. I encourage guys to try other things but I do tell them when they come back they don’t just automatically pick up where they left off, they have to come back and work their way in and earn their spot like everyone else.

I played multiple sports and it made me a better baseball player. Our job as coaches is not to dictate a kids life, it’s their life they get to choose what they want to do. It’s our job to help them navigate it and find what they love and want to pursue. I have some football players on my roster and the football staff is constantly telling them football over everything and I just tell those guys “look I think you have a much better shot at a good college for baseball, but I will never pressure you to choose, it’s your life.”

Football scholarships are super competitive mainly cause you have to be out of high school 4 years to be eligible for the pros, to avoid a conflict with college

A lot of baseball players forgo college and go to the independent leagues in hopes of hitting the minors, so baseball has money to give,

My oldest son loves both baseball and football. He was pissed his first year of little league he got passed up and sent to Instructional until tney found out he was a power hitter, he ended up with a nickname, that stuck, which was a story for another day.

My younger son does martial arts, and his discipline and plate manner greatly improved, so if i was the coach I’d be driving him to Martial arts every week lol

But both of them love the travel, their teams travel all over for games and tournaments cause of the quality of play. Last year they shut out a private school that recruits athletes and he said. All these top shelf players just got shut out by a put togetner team of hillbillies with sticks

There’s my predictions for this weekend.

Jags over Chiefs in an upse

I’m pretty nervous about the Bills.

Whos everyone rooting for in this game?

Whichever team can beat the Cowboys

Now for some real football

It’s time for the one and only Klassieker in the Dutch Eredivisie Voetbal. The 200th time these teams meet btw.
Things aren’t looking good for my Ajax atm. Our archenemies from Rotterdam, Feyenoord, are in better shape as they have been in years. A win today would put them firmly en route for a first Championship in I have no idea how many years.
Starting in an hours time it’s Feyenoord vs. Ajax from De Kuip (The Tub) in Rotterdam. Despite the signs I’m still hoping for an Ajax win. Let’s go! 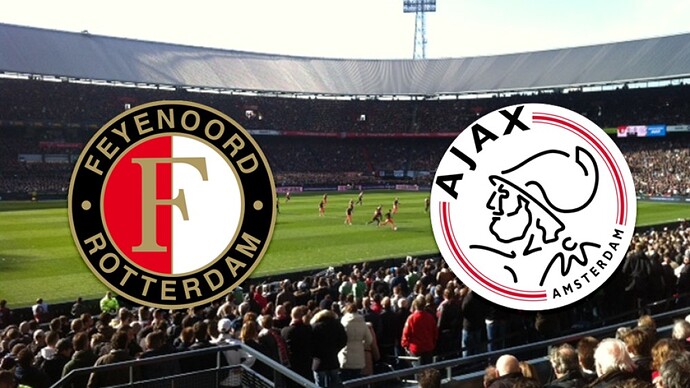 Putting on my head coach hat I have been pretty stressed this week. When I took over this team we had $7,500 in the team account which is pennies for a high school program these days. Trying to gather sponsors, do the grounds work on the field, coach the team, and fundraise without any real help from parents takes a toll. I know it’s not exactly fun sports talk but it’s sports related and I’m jealous of even the smallest program college head coach because he’s got way more than I might ever have lol

I was feeling pretty stressed today running numbers and it felt like old times when I would get stressed so I hopped on here to connect and share what I’m experiencing as a young head coach in my first real role. I can’t imagine the pressure some of these pro coaches deal with but it’s good to have some sport fans to share the stress with. I’ve got our account up to $11,000 but the bills are already looking steep this year and I’m pinching as much as I can out of the budget.

So I went 1-3 In my predictions. This is why I don’t gamble.

It’s been a while since I have been on TS. Since I am already on here I gotta admit, in my opinion, the Bills choked against an admittedly good Bengals team but the Bills certainly didn’t show up with their best. I think the three remaining games this season are gonna be good. I just wish my Bills were still playing. 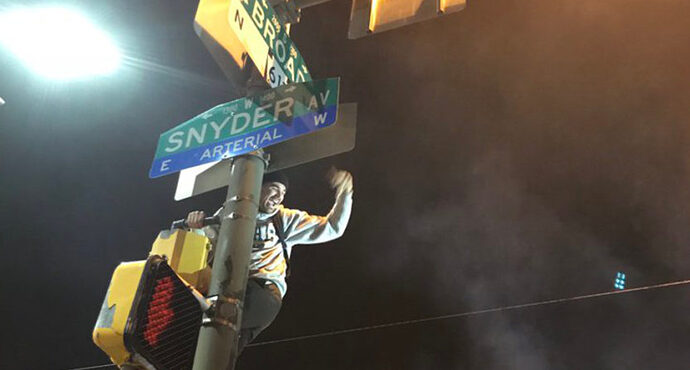 So they already started greasing the poles on the avenues to try and keep people from climbing them if the Eagles win today. It never really works though

. It’s getting crazy over here already.

Whats the update on mahomes injury?

High ankle sprain. He’s playing, just not gonna be 100%. Travis Kelce’s hurt now too, something with his back. KC might be in some trouble.