Interesting post about Zoloft & Sertraline on the news if anyone’s interested or takes it for Anxiety & Depression, I didn’t really get much benefit till after 3 months with depression, and only now since my dose was upped too 100mg have I felt more like my old self again 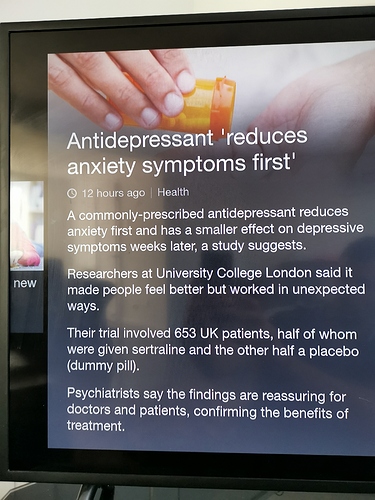 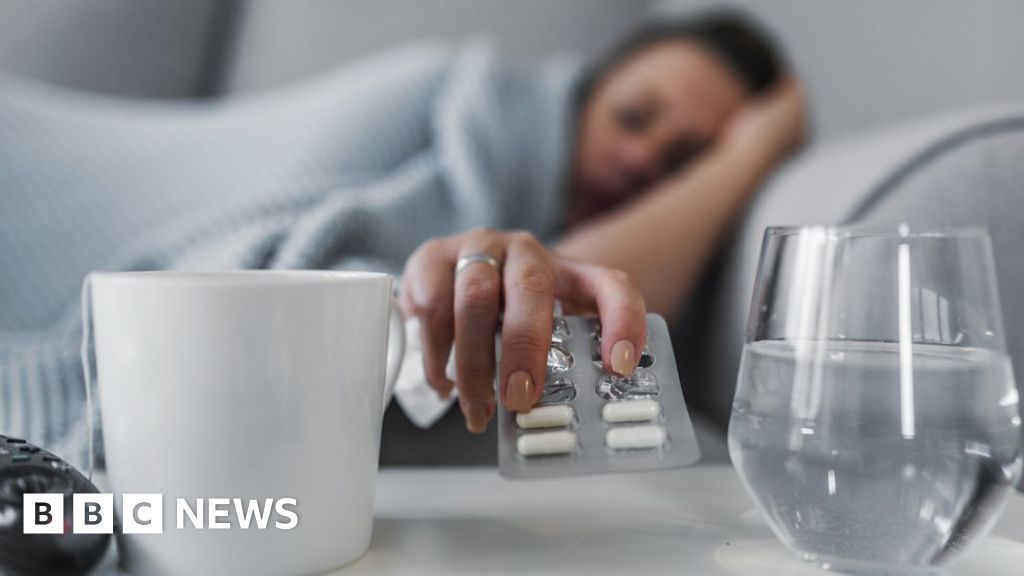 A study of patients taking the common antidepressant sertraline throws new light on how it works.

I’m on 50mg a day. Only been taking for about 4 weeks so haven’t noticed massive differences yet

Yer I was told to stick with the 50mg even at 2 and half months by the GP, as was too soon to go up a dosage even though I still felt bad. Thank god my regular GP upped them or would still be grey in limbo lol!

I hate taking them but they have helped with my anxiety quite well and with everything going on in my life at the moment they’ve helped me quite a bit.

I was on citalopram a few years back and they drove me even worse, had to come off them in the end.

Yer still early days @DarrenUK usually meant to be around the 6 to 8 week mark if you see any change etc but as with @siand and myself above ended up going to 100mg, think the highest you can go to is 200mg. Fingers crossed the 50mg works for you

I was on Prozac and gained a ton of weight. Someone let me know if Zoloft is any better. It didn’t even do much for my mood.

Re: weight gain, I haven’t come across anything interesting for Zoloft, but there’s this for Lexapro (escitalopram).

Does generic lexapro cause weight gain?

It doesn’t appear to cause significant weight gain issues. This paper says the weight gain after 6 months (0.58 ± 2.63 kg) is similar to placebo (0.15 ± 2.33 kg). Even if the result was clinically significant, we’re talking less than a pound difference after 6 months. You can easily fluctuate that much within one day. As far as personal experience goes, I didn’t notice any issues with weight when I was on it.

Purely anecdotally, for whatever it’s worth, I haven’t had significant weight changes with Prozac, Zoloft, or Lexapro.

Zoloft/Sertraline has now started to work for me now I have upped it from 50mg to 100mg and starting to feel a lot better in general, I also take L Tyrosine 500mg plus my multi vitamin with mine.

The L Tyrosine gives you that get up and go/energy also which seems to work well alongside the Zoloft/Sertraline. Again all takes time to get in your system and also exercise etc, the usual

Wellbutrin is really great as an add-on

I’ve heard about that, don’t know if it’s readily available in the UK?

It’s been hard with deciphering my withdrawal and the sertraline/zoloft at the start as which was side effects etc, but hopefully now on a even balance, fingers crossed

I use sertraline. Started on 50mg, then 100mg, then finally 150mg… which im hoping ill be able to stick to.
Kinda sucked having to up them twice as I had to deal with the side effects when starting them 3 times which wasn’t great, but not terrible.
I’m similar to the person upthread who had no idea how bad my anxiety was until it was medicated… like I don’t know how I’ve managed to survive the past 5-6 years and I’ve achieved so much in that time when I was actually pretty ill.
Yes I was abusing alcohol etc intermittently during that time but I STILL got so much done, I’ve come so far from who i was say 10 years ago. Im like

how the f*ck did I do that!?
Now my mental health is getting under control AND I’m kicking my issue with alcohol/substances I really do feel like I’m living for the first time in years.
If I can do everything I’ve achieved so far with substance abuse and mental health issues then I really can do anything now.
I still have a way to go, its like my brain in playing catch up but I’m slowly getting there and these meds really did help.

Sorry for the essay…

My doc put me straight on to 100mg daily. The side effects were pretty bad. Made me not even want a drink, without trying. Lost 3 stone in 3 months. But eventually fell off the wagon and put it all back on. They helped at first. Not sure now. Haven’t bothered taking them for the last week.

Wow sign me up. Antidepressant weight is hard to lose.

I know. Just wish that particular side effect hadn’t worn off. Life’s a b****. Have to do it the good old sensible hard way now. Goody.

What is L Tyrosine? I have zero get up or go

I’m wondering about asking to go up again. The depression keeps catching up with me. The waiting list for CBT is apparently very long where I live!

I have put on weight but I don’t know if that’s down to the medication or not. I just don’t have energy or enthusiasm. I had that for a few months before going on the Sertraline though so I put it down to just struggling to deal with depression.